Why are my gums bleeding?

Why are my gums bleeding?

Do you sometimes randomly spit out blood? Do you wake up with the taste of blood in your mouth? Does your teeth bleed when you brush your teeth? This can be caused by common reasons such as brushing too hard, smoking or a bad diet. Although, if the bleeding is constant than it can be an indicator of serious health issues.

Most people have heard that brushing your teeth can get out all of the food out of your mouth, and can also keep your teeth white. While this is true, brushing also is the main opponent of tarter.

Tarter is the combination of bacteria and food that has hardened over time. The build-up can and will most likely lead to the gum disease known as gingivitis. Most people have heard of gingivitis, but don’t realized they have it themselves. Gingivitis is known to be hard to detect because of its lack of symptoms. Those that experience bleeding and/or swollen gums should consider the possibility of them having gingivitis.

Gingivitis is a disease that can lead to the even worse periodontal disease.

Periodontal disease can cause irreversible damages while gingivitis can be fixed. The damages can be destructive to the teeth as well as the the gum tissue causing severe bleeding. The initial bleeding from your gums is telling you something is wrong, and to take care of it before it becomes periodontal disease. In other words, pay attention to the initial bleeding before it becomes severe bleeding. 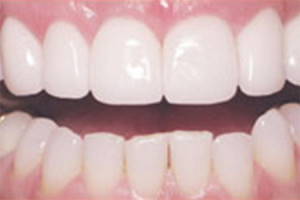 Routine cleanings and check-ups with the dentist can prevent both gingivitis and periodontal disease. West  Covina Smiles offers a $79 special which includes an exam, x-rays and cleaning for new patients. Call today to book your appointment and stop your gums from bleeding. 626-810-5000.